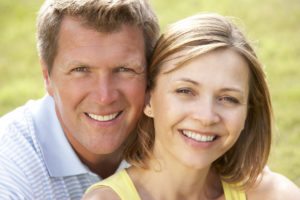 Nationwide about half of all nursing home residents are on Medicaid. In California, we call it Medi-Cal and the percentage of nursing home residents on Medi-Cal is closer to 60%! Let’s keep in mind what this means. In order for one to qualify for Medi-Cal you have to spend down all your “countable” assets down to as little as $2,000. In other words, 60% of people in California who are in nursing homes have spent down all their assets. For most that means decades of savings have been spent down in a matter of months. In 1995 California decided to become a pioneer State in offering a “hybrid” product that would encourage more people to purchase long term care insurance (LTCI). It’s called The Partnership for Long Term Care Insurance. In researching why people buy or don’t buy this important coverage they found that most people have two major concerns with this type of insurance. The first, is that most plans are limited in nature; meaning that they tend to pay for care in periods of time such as 3 years of 5 years of care. Considering the statistics that the average length of care is around 3 years and that 90% of people don’t exceed 5 years of care, these plans do tend to protect you against the odds. However, most people still view the insurance as “catastrophic” protection and they voiced concerns of having such a policy that is not good for an unlimited amount of time. Which is a valid point since the very definition of an accident involves an unanticipated event which can have long term effects for an undetermined amount of time. The second concern most people expressed involved having a claim when one is elderly and incapacitated and the challenge of dealing with an insurance company in this condition. So the Partnership with the State set about creating a product that would provide people with additional benefits to add incentives to taking out this kind of protection. Let’s look at these two incentives:

The first benefit is the asset guarantee. This idea of this benefit is to allow one to buy less coverage which means a lower premium but, to have the peace of mind that the whole reason you are taking out this coverage, which is to protect your assets from having to be spent down due to a catastrophic health problem, is guaranteed to be achieved. That’s a mouthful so let’s break it down to the specifics. The greatest percentage of people who would suffer the most from a long term care situation is the Middle-Class. The poor don’t really have anything to protect and they would quickly qualify for Medi-Cal. The rich can often absorb the impact of long term care costs. So it’s the Middle-Class who are the hardest hit when they have a stroke and suddenly have to fork out $6,000 per month for care(the average cost of full-time care in California). When you take out a LTCi plan, you can either get limited or unlimited coverage. Most people can not afford the latter so, most end up being able to afford a 3 year or a 5 year plan. With most plans on the market, if the benefits are exhausted, you then have to spend-down your assets to Medi-Cal levels(as low as $2,000). But, if you qualify for one of the five Partnership plans then the State of CA guarantees that if your plan runs out, you are able to protect an amount of assets equal to what was paid in benefits. So in other words, if your plan paid out $250,000 and then ran out. The State of Ca gives you an entitlement that guarantees that you can protect $250,000 from Medi-Cal spend down. Once again, this allows most middle-class people to buy less coverage with a lower, more affordable premium. But, you have the peace of mind to know that the whole reason you’re taking out this protection, which is to protect your assets, is guaranteed to be achieved.

The second benefit the State provides as an incentive is Care Management. What this means is that when you have a claim, the State requires the insurance company to hire a local 3rd party company in your community who will work with you and your family to help file the claim, find care, set the care up and monitor the care on an ongoing basis. This takes tremendous burden off the family when they often have never been through a long term care situation before.

When the Partnership was first made available in California it was to be a 10 year experimental program. It was so successful that Governor Arnold Schwarzenegger signed it into permanent law in 2005. Then in 2006 Congress passed the Deficit Reduction Act which called for the creation of the National Partnership Program. Now all States either have or are in the process of creating a Partnership program modeled after our program here in California.

Ready to Get Started?

Use Form Below for Info & Pricing