Tom and Tina had been married for 23 years. They raised two children, one of whom had already graduated college and was building her career and the other was entering his senior year at a university. They were proud of their achievements. More importantly, they were excited for retirement. Years earlier when they were both approaching 50, they heard about long-term care insurance from their financial advisor, but after a cursory glance and getting a long-term care insurance quote, they didn’t even think twice about. 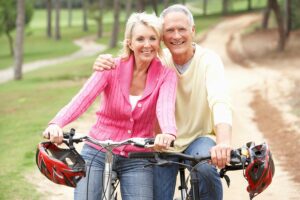 Each of them was looking forward to retiring early. Tom was expecting to retire at 60. Tina at 58. Their savings and investments are doing quite well.

In their mind, they were never going to require any type of long-term care, so why spend the money on a policy? They had life insurance, each of them, because they understood they would both eventually die. A life insurance policy would not only help cover their final expenses, but leave even more behind for their children and maybe their grandchildren at some point in the future.

A long-term care insurance policy? There is no point. Not in their minds. Besides, he assumed that Medicaid would cover long-term care if they ever needed it. Maybe not until they were 67, but they were pretty healthy. Neither smoke, they didn’t drink much, and they both exercised. So, in their mind, what was the point?

This is a tragic tale, but one that plays out time and time again all across this country. People who are completely healthy, never did drugs, never smoked, exercise regularly, watched what they ate, and so on certainly have heart attacks, strokes, an aneurysm, or are involved in an accident and suffer catastrophic injuries that take months or even years to recover.

Tom’s stroke was significant. It left him unable to use the left side of his body. Tina was going to stay by his side through thick and thin and support him however she could.

The first year he spent in a nursing home. The second was pretty much the same. Recovery was slow and painful. Living where they did, they had no idea the cost of nursing home care for a year.

She called their insurance company, but the claims were denied. They only cover short-term care, not long-term care. They covered about four weeks worth of care, including the three weeks in the hospital.

Tina kept trying to get those bills covered.

She contacted the Center for Medicare and Medicaid Services (CMS) but only then discovered that Medicaid will only provide coverage for long-term care after all assets have been used up, which would include the equity in their primary house.

Now, they had to pay these expenses out-of-pocket, including the special hospital style bed they would need for when he returned home, the wheelchair, the walker, and all other equipment. Ultimately, this did not wipe them out completely, but it hurt. That’s when Tina and Tom both realized the value of long-term care insurance.

If you or a loved-one are considering Long-Term Care Insurance Quote in Rancho Bernardo CA, please contact Steve Elliott at Capstone Insurance for an honest discussion about your future and your options. Call today (858) 350-3161. 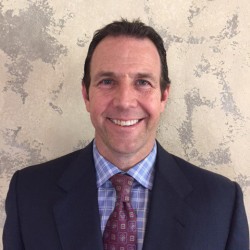